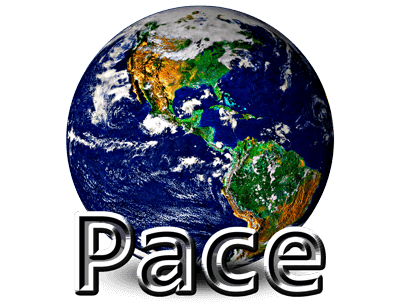 P-FEED
A steel rule die made on a long dieboard sometime up to 30 feet long used to diecut many component parts of a product, like automobile upholstery, carpet treads etc. The die is incrementally fed under the head of a full head cutting press in increments equal to the depth of the cutting head so that all sections of the die cavities of the P-Feed die are cleanly die cut.
PACKAGING@ FLEXIBLE
Packaging using such films as foils2 transparent films, paper, flexible sheeting, etc. to form a container such as a bag.
PERF-A-TYPE
An aluminum diecast numeral or number outlined. In a series of pointed cones that perforates the outline of the number or letter into corrugated board.
PERFORATED
Refers to a series of small incisions made in laid-on labels and/or their release liner to facilitate tearing along a pre-determined line or for fan folding.
PERFORATED SCORE
Score made by a perforated cutting rule that is relieved at regular intervals to achieve a cut/score effect.
PERFORATING RULE
A cutting rule that produces perforations in the material to be diecut. The perforations can be an aid to better glue adherence in the folding and gluing process of folding cartons.
PERFORATIONS
Intermittent cuts in paper to facilitate folding, tearing,glue adherence.
PERMA-PLEX DIEBOARDS
A high-density composition dieboard used in steel rule dies that are laser burned.
PERMA-PLEX PLUS DIEBOARDS
A modification of Perma-Plex high-density dieboards which have maple faces over the center cores of composition material. This dieboard is intended for laser operations.
PHENOLIC COUNTERPLATE
Individual, premade conterplates for forming creasing channels in folding cartons made out of phenolic & CNC routed.
PIN POINT PUNCHES
Another name for a stab. A pin point punch or stab is used to make a location point in leather, fabric or other material. When the assembler does not want to remove any material to leave a permanent mark, but just a mark or point where a stitching operation is to begin or another part is to be placed.
PLASTIC (Phenolic) COUNTERPLATE
Individual, premade counterplates for forming creasing channels in folding cartons made out of Phenolic & CNC routed.

PLATE CLEANER
A solution that cleans a printing plate or also cleans the glue from a diecutting plate after using creasing matrix or a counterplate is removed from the cutting plate.
PLATEN PRESS
Printing press in which a flat surface bearing the paper is pressed against a flat surface bearing the inked type.
PLOTTER
(1) A machine used to draw graphic information from a CAD system onto materials such as paper, Mylar or dieboard. (2) A device that plots out a computer generated file in a CAD program normally with a pen on either a paper, Mylar or dieboard surface.
PNEUMATIC PRESS
An air operated cutting press.
POINT
(1) Printer’s unit of measurement, used principally for designating type sizes. There are 12 points to a pica; approximately 72 points to an inch. The printer’s measurement used in referring to thickness of rule (.014″=1point; .028″=2 points, etc.) (2) In computer terms: The smallest unit of graphic information, representing a single location on a coordinate system.
POLYCARBONATE
A high clarity film having the versatility of acetate with the durability of polyester.
POLYETHYLENE
A tough, stretch plastic film having very good low temperature characteristics. Also used a great deal for producing semi-rigid recyclable bottles.
POLYMER
A compound formed by the reaction of simple molecules called monomers, having functional groups that permit their combination to proceed to high molecular weights under suitable conditions. A long-chain molecular structure.
POLYPROPYLENE
(1) A type of plastic used as a cutting surface for “into” die cutting. Polypropylene cutting surfaces, generally 1″ or 2″ thick comes in various hardness from soft general use cutting pads at 67 Shore D hardness for diecutting leather up to 76 Shore D hardness for cutting nylon and harder to cut fabrics and materials. (2) Similar to polyethylene but stronger and having a higher temperature resistance. Various thermoplastics are polymers of propylene; excellent clarity. Also used in various thicknesses in the printing of labels as well as backing or liner materials.
POLYSTYRENE
A thermoplastic produced by the polymerization of styrene. The electrical insulating properties are outstanding and the material is relatively unaffected by moisture.
POLYVINYL
Refers to a group of resins formed by polymerizing various vinyl monomers.
POSITIVE
In photography, film containing an image in which the dark and light values are the same as the original. The reverse of negative.
PRECISION
The degree of exactness which a quantity is stated. The result of calculation may have more precision than it has accuracy; for example, the true value of pi to six places is 3.14159; the value of 3.14162 is precise to six digits but is accurate only to about five.
PRESS
A machine which performs the mechanical action of diecutting or printing.
PRESSURE SENSITIVE PAPER
Material with an adhesive coating, protected by a backing sheet until used, which will stick without moistening.
PROGRESSIVE DIES
Cutting dies that have more than one cutting station to perform complex or complicated diecutting and stripping operations.
PROGRESSIVE FEED DIES OR P-FEED
A steel rule die made on a long dieboard sometimes up to 30 feet long, used to diecut many component parts of a product, like automobile upholstery, carpet treads etc. The die is incrementally fed under the head of a full head cutting press in increments equal to the depth of the cutting head so that all sections of the die cavities of the P-Feed die are cleanly die cut.
PULSED LASER
(1) A laser that emits energy in a series of short bursts or pulses and that remains inactive between each burst or pulse. The frequency of the pulse is termed the Pulse Repetitive Frequency (PRF). (2) A laser that emits light in a series of pulses rather than continuously.
PUNCH
There are wide varieties of cutting punches used in the diecutting process. Different types of punches are used in different types of cutting dies to cut out round holes, ovals, squares, rectangles and other shapes in a die cut piece. Typical types of cutting punches are: Cup Punches, Tube Punches, Diameter Punches, Feed Thru Punches, Inside Bevel Punches, Milled Shape Punches, Pace Joiners Punches, Seamless Hangover Punches, Serrated Punches, Side Outlet Punches and Threaded Screw Punches.
PUNCHING
(1) An action to punch or shear out a part in the diecutting process. (2) Punching of many holes in a material.
PUNCHING PRESS
A mechanical or hydraulic press used for punching of holes or parts of products.